Insights and News
You are here: Home1 / Insights2 / Software and Web Development3 / Unity Software: WHAT & WHY You Need to Know! 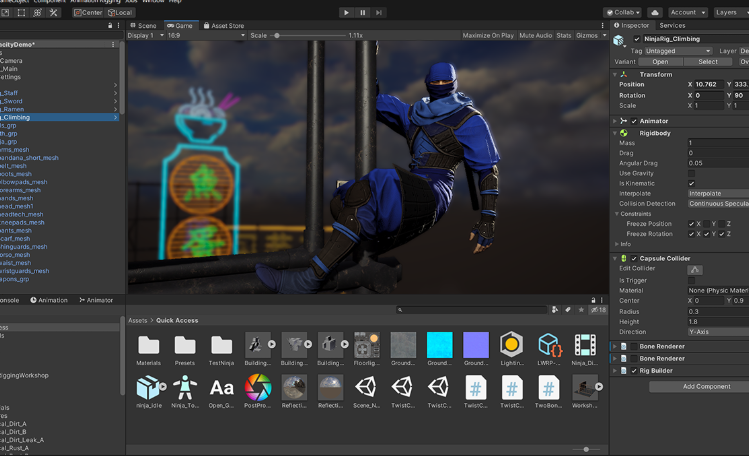 Game engines are software development environments for developers to build video games for mobile devices, PCs, and consoles. Unity is the most widely used cross-platform 2D, 3D, AR, MR, VR and now CG development engine created by Unity Technologies. First released in 2005 as a Mac OS X exclusive, as of 2018 Unity has been extended to support more than 25 platforms.

Augmented Reality (AR) adds digital elements to a live view using a device such as a smart phone or glasses. A common example of AR are Snapchat filters and lenses.

Virtual Reality (VR) completely shuts out the physical world and immerses you in an imagined environment. Common examples of VR are the HTC Vive, Oculus Rift and Quest, or game simulators at VR arcades.

Mixed Reality (MR) and AR are very similar and combine elements of AR and VR. In a mixed reality experience, you can overlay virtual elements into scenes in the real world and interact with and manipulate those elements. Magic Leap and Microsoft’s HoloLens are platforms designed for mixed reality that push the envelope even further. 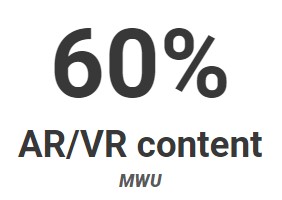 It’s important to note that, while the concept of AR and VR have been around for many years, our hardware is improving daily. Even with these leaps in technology, we’ve only scratched the surface of what can be achieved with AR and VR. With Unity at its developmental forefront, any development achieved going forward will be fast and efficient!

App Development and Use 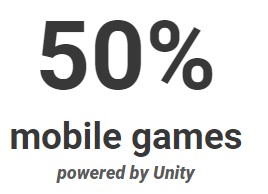 Half of all mobile games are created with Unity1

If you have played a game on one of your mobile devices, it was probably developed using Unity. Knowing this can be critical knowledge as a developer or a user.

As a user, you may want to recognize and understand that Unity makes it extremely easy for nearly anyone to develop and deploy a game or utility application for your excitement or convenience. This is particularly important for a user to know so you can more easily identify which permissions are acceptable before downloading an app. For instance, if you have a simple game that encourages you to tap the screen in order to gain points, you may note that the developer is asking for permission to access your microphone, contacts, and or location. This might be the case of an amateur developer that didn’t understand how to properly implement permissions into their application. Harmless enough but still noteworthy. On the other hand, the developer could be accessing these permissions maliciously to harvest personal information. We trust everyone after all, right?

As a developer, you may also want to recognize Unity for a much different reason.  Unity’s long-standing concept is to “Build Once, Deploy ANYWHERE”. It’s no secret that Unity’s ability to integrate with multiple platforms is a favorite among developers, but we must also praise its ability to evolve. As more platforms arise, and technology advances, Unity regularly communicates with these new and leading companies to ensure their platform can be easily manipulated in a single environment, Unity.  Since Unity’s engine delivers and manages most of your development needs, it greatly reduces development time and overall costs to produce quality content. 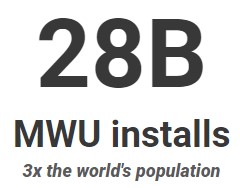 28 Billion installs of applications made with Unity1

This signifies the strength, versatility and sheer volume of the user and developer base experiencing Unity. It’s not just about games anymore. Unity is probably a part of your daily life in some way or another. Simulations and cinematic experiences are growing more popular. Unity also plays a part in surgical procedures, first responder simulations, geospatial solutions, artificial intelligence, weather simulations and much more. Take the time to familiarize yourself with Unity or hire a Unity expert today!

How We Use GIS in Our Daily Lives

An Introduction to Deep Learning, Machine Learning, and AI
Scroll to top