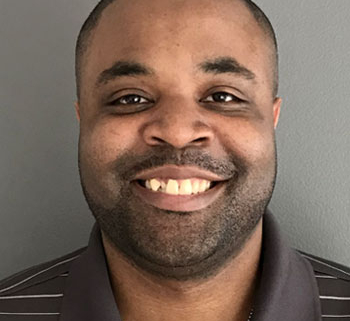 Zekiah Technologies, Inc. is pleased to welcome Allen Woods to our Software Engineering team! Allen is a Virginia native, where he grew up, went to college, and currently lives. Virginia Commonwealth University is Allen’s Alma Mater, where he graduated with a BS in Computer Engineering. He’s currently working on his MS in Computer Science from Georgia Tech.

In addition to his schooling and work, Allen found the time to join the Army Reserves where he served for 6 years. He noted that he met some interesting characters and had a pretty good time while he was in and the insight he gained while in the reserves has greatly benefited his work projects. When Allen’s not working, he enjoys fishing, camping, and exercising. He also loves to watch sports and play both video games and card games. He notes that he doesn’t feel he has the spare time to devote to a pet right now, but he’s very interested in the Spanish Water Dog breed.

Now, Allen is looking to focus on his engineering skillset and said, “I’m excited to hit the ground running on an interesting project.” Allen’s supervisor, Steve Kuiper added, “We’re very excited to have Allen join the Zekiah team. He brings a special set of skills, experience, and positive attitude that will prove valuable to our Navy customers.” Welcome aboard, Allen!