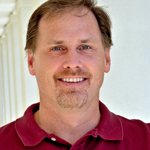 Born and raised in beautiful northern New Jersey, Mr. Kuiper skipped town to attend Virginia Tech and graduated with a B.S. in Electrical Engineering in 1989. His first job was with NSWC Port Hueneme division (Oxnard, California) where they sent him directly to the Dahlgren Division of NSWC in Virginia to bridge a gap between hardware and software expertise on the Aegis program. So, he never got the chance to live the California life-style or experience the earthquakes. After 6 years with Port Hueneme, he was transferred to a permanent position with the Aegis Combat Training Systems group in Dahlgren.

In 1997, he spent 18 months on detail to the Dahlgren Division’s Executive Director’s office (code D) and then took a job with J department. He was quickly promoted to branch head (J23). In October of 2000, Mr. Kuiper left the government and joined the then fledgling Zekiah Technologies, Inc. He and his wife Lisa have a daughter named Morgan who was born in November of 2002 and a second daughter, Claire, born in April 07. He enjoys playing soccer competitively, no limit poker tournaments, traveling, and snow skiing whenever he gets the chance (which isn’t much anymore). He also dabbles with woodworking projects as time allows and spends too much time updating his house which was built and decorated in the late 40’s.